I use Sticky.exe to send the content of the Sticky Note to Stickies, but the process needs networking enabled in stickies (I could not get it to work otherwise, even locally). I have a lot of users to convert and I am trying to avoid manual steps.

I there a way to enable Networking and set the port either during install, from the command line, or by editing a config file?

You said config file , are you using V9 ? Unfortunately in V10 the options are integrated in the database and the only way is to use sql commands to change them.
I took a quick look and it is rather messy when you have a clean default installation because keys seem to be only created when you manually enable options in the Settings dialog. 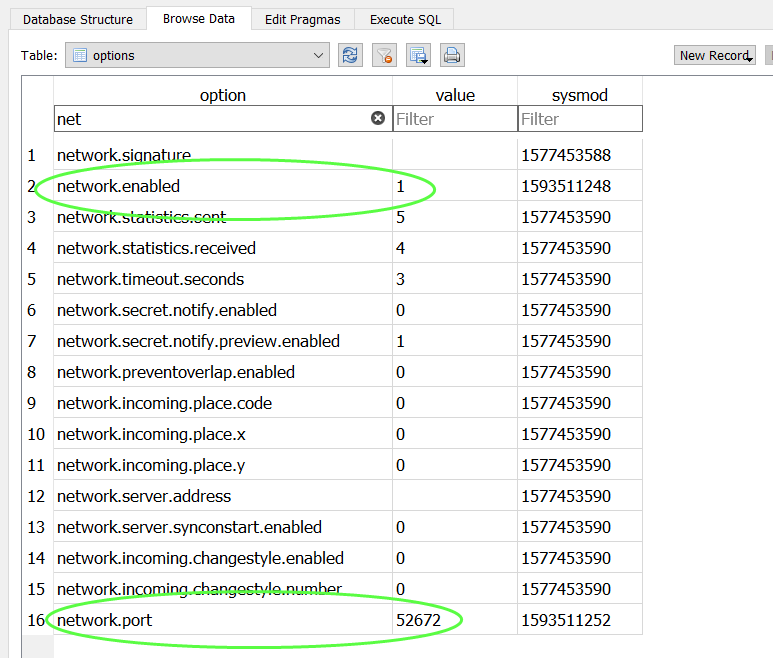 and set the parameters for networking , then just copy the files to the client PC and create a startup shortcut .

V9 is easy the options.ini is a plain text file , a simple regexreplace would do the trick.

There is a contact page    https://www.zhornsoftware.co.uk/contact.html if you want to ask directly for advice .

You could use the API.  There's a command "set option" which you'd combine with the above, to be something like:

However ... that option won't come into effect until you restart Stickies.  Again, you can get that done from the command line:

That will contact the running instance and close it.

So, using api.exe could set the option, then close Stickies, then re-open it, and networking would be on.  That might be simpler than writing code to edit the stickies.db

However ... if you're migrating everyone to a new instance of Stickies, why not drop a pre-populated stickies.db into place for them.  You could set it up with the options you like, remove all content, and put it into place.  When Stickies first runs, it will read it and networking will be set on.

Finally, there's a GPO to switch networking on, but that might ott for what you're doing.

Thanks for your replies, I opted to just copy a pre-populated DB file