I found the following inconsistency with German translation which is a bit confusing compared to V.9: 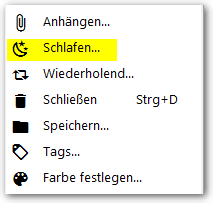 Hello.
Yes, you're right.
It should be consistent.

I think, "Schlafen" is the better translation.

Thanks for the hint - I've changed and uploaded the translation with those phrases fixed now.